But the stove and microwave are in place and working so we don’t have to get take out for all our meals anymore. And we have our coffeemaker and the turquoise bowl for popcorn, so we’re pretty well set!

We haven’t found the silverware and dishes yet, so we are washing plastic silverware to reuse. My sweet David said to me tonight, “But we can throw the paper plates away, right?” Lol, yes we can!

When I start to worry about the huge job in front of me I remind myself how far I’ve come in the last 18 months. We will be just fine! Stay healthy and safe, everyone..,

#atozchallenge, M is for Moving…

Faelynn sobbed tiny sparkly fairy tears when she thought about being alone again.  Sarah had grown up as humans do, but Faelynn was still a childlike sprite.  Sarah’s family had sold their house and was moving away.

“Don’t cry,” Sarah begged Faelynn.  “I have a surprise.”  The little sprite waited anxiously inside her tiny house.  A human girl child Faelynn didn’t know crouched down by the stone cottage, her big blue eyes wide with delight.  “Faelynn, come meet Missy.  She is moving into the big house with her parents and needs a friend.”  Faelynn fluttered outside happily.  “Thank you, Sarah!”

My theme this year is 100 word fiction.  (So don’t count this line!)  This is a continuation of F is for Friend, which you can find here.

Dinosaurs on a dishtowel, after swimming in the kitchen sink…

That’s just one thing I’m going to miss now that oldest son and daughter-in-law have moved out, taking my little JP and Tank, the English Bulldog, with them.

Sitting down to big meals together…

Just hanging out on the weekends…

Snuggles with JP on the couch before bedtime…

Slobbery bulldog kisses and butt wiggles (no tail to wag!)

But they need their own space and so do we.  Their wonderful new home was finally ready and its only a 15 minute drive away so it’s not like we won’t see them often.   I’ll still babysit twice a week.  And even though I’ll be sad for awhile, I wouldn’t have missed our time together for the world!

1)  My kiddos’ new house will be ready soon, which means they’ll be moving out, taking my little JP with them — unless, of course, he won’t go!  He loves his room at Nana and Papa’s house a whole bunch.  I’m going to miss them all 😦

2)  My EPT Keith is going to have me come into the gym only twice a week now, which means one of two things:  I’m improving and he thinks I can do some of the working out on my own.  Or I’m hopeless and he feels guilty taking my money 🙂

3)  I’ve been neglecting my reading and book reviews cause I’m having such a good time working on my story of Jamie and her article on picking up guys…I need to find a balance, right??

4)  I’m afraid I haven’t kept up with accepting awards and I want you to know that I really do appreciate the nominations and all the new followers, I just run out of time to respond.  But thanks so much!

5)  The weather is getting nicer, the days are getting longer, spring and baseball can’t be far away!

Love in their first apartment…

I’m toying with writing some fiction and hey, I’ve known you all of five months now, so I’m feeling more comfortable trying this out and I’d appreciate any and all comments — I love it when you’re all so supportive, but helpful criticism is appreciated, too! 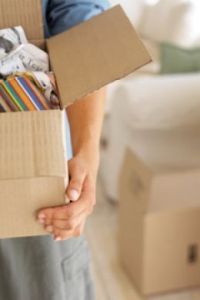 The upstairs of the rentable suburban two-flat was small.  There was just one big bedroom, a kitchen, living room and what you might call a front parlor.  The one bathroom was tiny and had incredibly crazy jungle print wallpaper.  She stared at it, then turned to him with wide eyes.  He pulled her close, rocking her gently in his arms.  “Baby, it’s not so bad, is it?” he asked quietly.  She moved a little in his arms but didn’t answer and his heart dropped.  It was the best place they’d seen, and they really couldn’t afford much else.  He hated that she was upset.

And then he realized she was laughing, snorting gently into his shoulder.   “Oh, so you think it’s funny?” he teased, holding her a little tighter, his fingers finding her ribs, making her gasp with laughter.  “Well, it is kind of funny, in an awful, funky way — stop, stop,” she squealed.  “Don’t make me laugh so hard or I’ll have to pee for sure!”

His hands dropped immediately to gently caress her rounded belly.  “Sorry, babe.  The wallpaper is God awful,” he admitted, “but we’ll ask if we can replace it.   I think maybe we should tell the guy yes.”   She nodded solemnly.  “It’s okay, honey, it’s kind of growing on me already.  It’s plenty big enough for us and  we can have a cat.  And there’s room for the crib in the bedroom. It’ll be easier to nurse that way and the baby will be close by.”  He smiled with relief that she was okay with it and led her carefully down the stairs to talk to the landlord.

Moving in turned out to be a chore, even with friends and family helping, bringing their furniture up the steep narrow back stairs.  The hardest were the big screen television that had been his and the plain white refrigerator they had bought together.  It cost more than anything else she’d ever bought, even more than the secondhand cars they drove.   A refrigerator.   She felt a moment of panic over the cost, then smiled to herself and thought about telling him that night how she’d never felt so grown up as she did now, hoping he wouldn’t think her too young and foolish.

They fed everyone pizza and beer and pop, eaten on paper plates around their small kitchen table after taking back the rental truck.  After everyone left, the little apartment looked even smaller with their furniture and unpacked boxes lining the walls.  They unpacked a little more, but decided the rest could wait for the next day.

That evening they washed away the dirt and grime from the move together in the small shower, taking turns sudsing each other’s hair and bodies, finding creative ways of rinsing the bubbles off with the handheld sprayer, then slowly rubbing each other dry with fluffy towels.  Neither of them even noticed the jungle animals on the wall.

A little later, snuggled in bed as close as her belly allowed, she told him her earlier thoughts about buying the refrigerator and how the purchase made her feel somehow exhilarated and frightened at the same time, glad that the growing darkness hid the hormonal tears that glistened in her eyes and threatened to spill onto her cheeks.

He kissed her and slowly rubbed her back and his hands slid down to cup her bottom and draw her closer, assuring her that they would be fine.  His hands continued to rub comforting circles over her back and bottom and thighs.  “You’re sure the doctor said this was still okay?” he whispered, nuzzling first her ear and then the sensitive spot behind it that made her arms go around his neck of their own accord.  “Mmm,” she sighed, “he did.”  “And you’re sure you’re not too tired?”  She was, just a little, but she smiled into his worried blue eyes and shook her head.  So he loved her gently and sweetly until they both fell into an exhausted slumber.