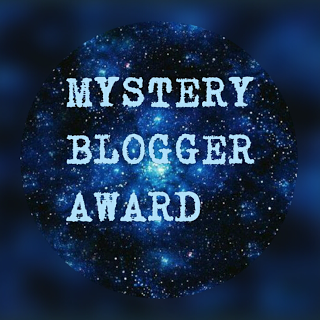 A very sweet friend of mine, Patty at Scarlett 79, was kind enough to nominate me for this award.  I told her I’d play along, but since I’ve shared ad nauseam about my breast cancer and resulting baldness and now short white hair and new boob (and that was just since August) I cannot imagine there’s much mystery remaining!

Rule 1: Put the award logo/image on your blog.

Rule 3: Thank whoever nominated you and provide a link to their blog.

Rule 4: Mention the creator of the award and provide a link as well.  Okoto Enigma’s blog

Rule 5: Tell your readers three things about yourself.

a)  I adore writing fiction, though I started my blog as a book reviewer, hence the name

b)  I love sports, especially the Chicago Cubs baseball team, and have ever since I was a teenager taking the El to games! (The El stands for elevated train, which is a form of public transportation in the Chicago area)

c)  My favorite color is turquoise, though I love black clothing
Rule 6: You have to nominate 10 to 20 people.  Nope.  If you would be so kind, please copy this and tell us about yourselves if you are so inclined.  It’s not that I don’t want to, I just hate to make people feel obligated…
Rule 7: Notify them.

Rule 8: Ask your nominee any five questions of your choice, one weird or funny question.

My five questions to answer:
What is your dream job?  Naming the nail polishes for OPI.  Or being a published novelist.
If money were no object, where would you live??  Hawaii.  Would you work??  Only at getting a tan!
What is your favorite kind of animal???  Dogs.  Do you have any animals??  Two sweet old dogs
East Coast or West Coast??  I like both, have spent more time on the East Coast
What is your favorite food of all time???  Crabcakes
Who’s going to win the Stanley Cup ???  I cannot bring myself to care after the Chicago Blackhawks were eliminated 😦
Rule 9: Add a link to my best post.  This is the first fiction piece I posted. 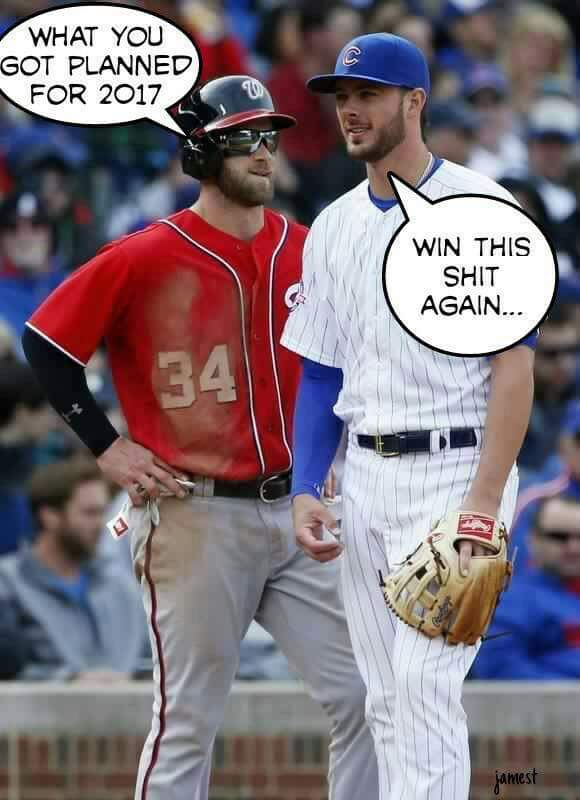 By ladieswholunchreviews on November 3, 2016 | 42 Comments 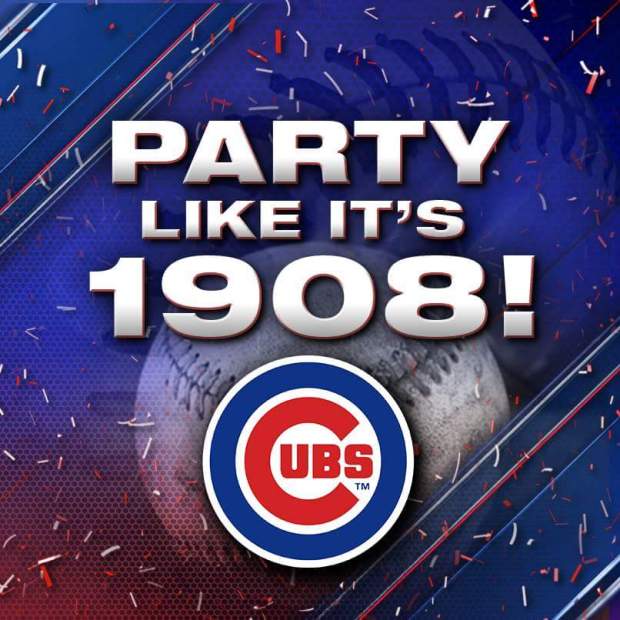 Just another chance
To celebrate the Cubs’ advance
They tied the World Series
Sports fans have their own theories
But at Wrigley Field we’re ready to dance!

In response to Mind and Life Matters prompt Celebration.

The Curse of the Billy Goat…

You might have noticed that I’m beside myself with excitement about the Chicago Cubs in the World Series this year!  The first game is tonight against the Cleveland Indians in Cleveland.  They have home field advantage because they’re the American League team and the American League won the All-Star game this summer.  Chicago media have been covering every aspect of the team and I’ve always enjoyed the story of the Billy Goat curse so I thought I’d share it with you. 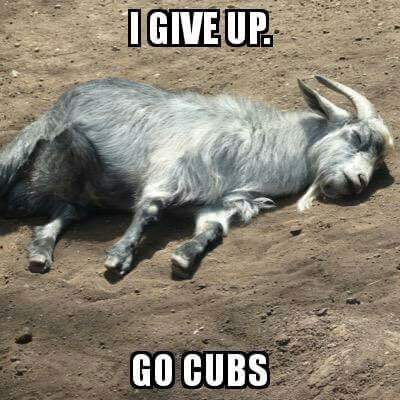 Unless you’re from the Chicago area or a real baseball aficionado, you may not know about the supposed curse on the baseball team that dates back to 1945.  A local tavern owner named William Sianis was the man who allegedly placed the curse on the Cubs.

A Greek immigrant who bought the old Lincoln Tavern, which is now the site of Chicago’s United Center, Sianis was working one day when a baby goat fell from a truck in front of his establishment. He rescued the animal, nursed the goat back to health, named his pet Murphy and became so fond of the animal that he grew a goatee and renamed his place the Billy Goat Inn, now called Billy Goat Tavern.  You may remember an early SNL sketch about “cheezborger, cheezborger, cheezborger.  No Coke, Pepsi,” that starred John Belushi and Bill Murray and was based on the Chicago comedians’ visits to the Billy Goat.

I’ve heard a few different versions of what happened that fall of 1945.  One story is that because the smell of his pet goat, Murphy, was bothering other fans, Sianis was asked to leave Wrigley Field, the Cubs’ park, during game four of the 1945 World Series.  (Apparently one could bring a pet goat into the ballpark back in the 40s.)

Another version says that Billy Sianis wanted to share his live good luck charm with the Cubs and brought him to the ballpark where he was promptly turned away by security, even though he’d bought two box seats, one for him and one for the goat!

Sianis was outraged and allegedly declared “Them Cubs, they ain’t gonna win no more,” which either meant the Cubs wouldn’t win another National League Pennant or else that they would never again play in a World Series.  Other stories say that Billy said the Cubs would never win another series and that he even sent a telegram to Cubs owner Phillip K. Wrigley stating just that the following day.

Regardless, we know the Cubs lost that 1945 World Series to the Detroit Tigers, and have not won a World Series championship since 1908.  After the incident with Billy Sianis and Murphy the goat, they haven’t even played in a World Series for 71 years.  But this October 22, 2016, the Chicago Cubs advanced to the 2016 World Series after beating the Los Angeles Dodgers on the 46th anniversary of Billy Sianis’ death.  Coincidence?  I think not… 😉