By ladieswholunchreviews on December 26, 2016 | 3 Comments

I’m delighted to introduce the first book review by a librarian friend of mine who will be guest posting on my blog.  I think I promised you early this year that Lynn would be doing this, but apparently she was too busy travelling and swimming and just plain relaxing after she and her husband both retired to get any work done for the blog!  She’s on board now, so watch for her reviews to pop up on a regular basis…

Upcoming reviews will probably be mysteries, but I’ve told her I’m open to anything she’d like to post and that as a former librarian, we look forward to reading her opinions on whatever books she chooses!

Slow Curve on the Coquihalla by R.E. Donald

If I hadn’t discovered the Hunter Rayne mysteries I would never have known about the mosquitoes in Alaska, 35 varieties of them. That turned out to be useful information for my trip to Alaska this past summer.

Hunter Rayne is a former officer of the RCMP. A serious case of burnout causes him to retire from the force and take to the road as a long-haul trucker. Despite his change of careers, Hunter can’t seem to help tripping over dead bodies and other mysteries on his routes through western Canada and Alaska. His detective skills won’t allow him to stay out of an investigation.

Equipment breakdowns and personal baggage (an ex-wife and emotionally distant daughters), complicate things but Hunter, like the Mountie he was, always gets his man.

Slow Curve on the Coquihalla is the first title in this series, followed by Ice on the Grapevine. I believe there are four in the series so far. It’s not necessary to read them in order, but if you don’t you will miss a bit of the character development and the slow revelation of what contributed to Hunter Rayne’s departure from the police force. The setting will make you want to plan a trip to Canada or Alaska, but don’t forget to pack your mosquito repellent.

A bodyguard, a bounty hunter, a private investigator, no one can handle the heat like the men of BOSS, Inc.
Megan O’Brien is at her wit’s end.  Her three-year-old son has been kidnapped. No police, says the ransom demand.  Fearing for her son’s life, Meg has no choice but to turn to her former bodyguard, Dirk Reynolds.

Dirk’s never forgiven Meg for the way she left him after their brief affair. But with bounty hunter Luke Brodie on his side, Dirk knows he’s got to help Meg rescue her son.

The few clues they’ve gathered send them spiraling into a murky world of big banking and international crime. Meg may be way out of her depths, but she’s seeing a side of Dirk she never suspected—one no woman could possibly resist.
BUY NOW
Amazon | B
& N | Google  | iTunes | Kobo 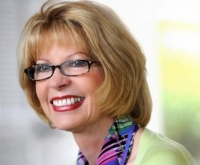 New York Times bestselling author Kat Martin is a graduate of the University of California at Santa Barbara where she majored in Anthropology and also studied History. Currently residing in Missoula, Montana with her Western-author husband, L. J. Martin, Kat has written sixty-five Historical and Contemporary Romantic Suspense novels. More than sixteen million copies of her books are in print and she has been published in twenty foreign countries. Kat is currently at work on her next Romantic Suspense.
Website | Facebook | Twitter | GoodReads

Into the Whirlwind by Kat Martin

A sexy, suspenseful read by one of my favorite authors!  This is Dirk and Megan’s story, which began in the first book in the B.O.S.S., Inc. series, Into the Fury.  You can find a review of that book here.  Dirk was Meg’s former bodyguard when she modeled. They had a brief and heated affair, but Meg abruptly broke off the romance because Dirk’s free-wheeling and dangerous life style wasn’t exactly compatible with the life of a single mom to a three year old boy, Charlie.

But when her son Charlie disappears and the kidnappers demand $10 million ransom and no police involvement, Meg can’t think of anyone better than Dirk to turn to for help.  And when she approaches him, Dirk wouldn’t think of refusing to help get her little boy back, even though being around Meg is painful.

The story is filled with intriguing twists and turns as Dirk and his friend Luke Brodie, along with Meg and her wealthy father, try to figure out the reason that Charlie was targeted. Is it some sort of vendetta against Meg’s father and his business or something even more sinister?

And in the middle of all this intrigue, Dirk and Meg find they can’t be around each other very long  before sparks ignite and burst into flame. But what are the chances that they could have a real relationship?  Even though it’s book number two in the series, it works just fine as a stand alone read.

I received this book as an ARC from NetGalley in exchange for an honest review.

This new release is a quick, cute read about a young woman who owns and operates a cupcake business out of a food truck and is saving to buy her own bakery. She’s crushing over a gorgeous guy who buys gelato from the truck next to her everyday and finally literally “falls for him,” getting chocolate all over his expensive shirt.

Their lives are suddenly intertwined when it turns out that Natalie’s neighbor was Eric’s grandmother and left him her building and Natalie the garage where she can park her truck. And rather than sell the building, Eric decides to give up his job and not work with his wealthy family and open a bakery in the building, even though he has no baking experience whatsoever. So Nat and gorgeous guy Eric work out a deal where he lets her use his kitchen to do her baking and she will teach him to bake and start a bakery business in the building she really wanted to buy.

But just when things are well between the two of them, Eric’s family interferes and misunderstandings ensue, but it’s a romance, people, so you know things will work out, right?

I received a copy of this from the publisher through NetGalley to review.

One of my favorite authors, Cindy Gerard, is a master of the sexy, action-packed alpha male novel and she proves it again with her new book, releasing today! Former special ops turned government contractor, Bobby Taggart meets a beautiful Israeli while on assignment in Kabul. He knows she’s working hard to get his attention but he can’t figure out what her end game is. And soon it doesn’t matter as he finds himself falling hard for the sexiest woman he’s ever met.

But when Talia Levine uses him to lead her elite organization to find and kill a man that the Americans wanted alive for questioning, Bobby can’t believe he’s been played. And when he gets back to the hotel room where they’d had some extremely hot nights, there’s no trace of her.

Fast forward six years to when Talia and Bobby meet up by chance right before the embassy in Oman that they’re in is bombed. Forced together to help each other escape, Bobby soon finds that Talia’s young son was kidnapped and the bombing was targeting her in retaliation for the assassination her organization committed six years earlier. She is nearly hysterical when her son’s bodyguard is found murdered and she knows who’s taken her son. Bobby is still furious with her for what happened years ago when she put a tracker in his phone, but he sympathizes with her fear for her son — a son that is just about the right age to be his…

I received this book as an ARC from NetGalley.

Reviewing Kiss Me in Christmas…

By ladieswholunchreviews on February 23, 2016 | 7 Comments

Kiss Me in Christmas by Debbie Mason

This was one of my favorites of the Christmas series that I’ve read so far. Chloe O’Connor and her twin sister Cat were introduced in a previous book, but this one works fine as a standalone.

Chloe is a well-known soap opera star, a diva who made a lot of people’s lives difficult, so the rest of the cast don’t really mind too much when her character is killed off. But Chloe hates it because her soap opera character is her life, her identity. So she’s licking her wounds by the time she returns home to Christmas, Colorado where her mother insists she make an appearance at her sister’s engagement party. She’s especially overwrought about seeing Easton McBride, the former high school football player she had a crush on back in school the whole while she was a chubby, bespectacled duckling who turned into a gorgeous swan her senior year. But she played a dangerous jealous prank on Easton, pretending to be Cat, after he dated her self-confident cheerleader twin, pretty much ending all hope of her and Easton remaining friends.

Easton is working in security after injuring his leg badly while serving in the Middle East and he doesn’t want anyone’s pity, particularly haughty Chloe O’Connor’s. It’s easy to dislike someone like Chloe, but in this book we see glimpses of a sweet and generous girl she really is, one who never felt good enough growing up. She had heart problems as a small child and suffers from severe panic attacks because of it. But no one’s ever figured that out before Easton, preferring to think our little diva is just a huge drama queen.

The sparks really start to fly when Easton decides to teach Chloe a lesson for acting the way she did in high school and his little prank backfires completely on him when he starts seeing her as the sweet girl he played chess with back in high school and falling in love.  But what chance do Easton and Chloe have at a relationship when her life is in L. A. and the acting world and his is firmly entrenched in Christmas?  It’s a cute book that had me rooting for the seemingly spoiled little diva!

I received this as an ARC from the publisher through NetGalley.