By ladieswholunchreviews on September 7, 2015 | 2 Comments 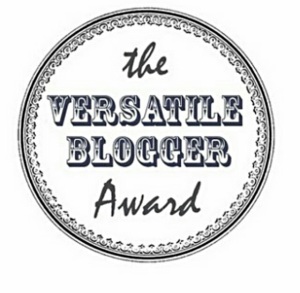 I’m delighted to be nominated for this award by Babus Ahmed at http://ajoobacatsblog.com ! I’m very new to blogging, so I will try to do all the things that go along with this award.  It may take me awhile to figure out how to link all the sites of others I want to nominate, LOL, but I’ll do my best.

Here are the rules:

1. Show the award on your blog
2. Thank the person that has nominated you.
3. Share 7 different facts about yourself.
4. Nominate 15 blogs of your choice
5. Link your nominees and let them know of your nomination.

Seven Facts About Me.

1. I love baseball (go Cubs) and football (go Bears) and the winter Olympics.

2. I love dogs — have a Norwegian Elkhound named Inga and a chow-terrier mix named Chief.

3. I have a B.S. in journalism, minor in business.

4. I used to have a crafting business and still love working with wood and paints.

5. My first job was a motel maid when I was in high school.  I’ve worked in public relations, at two different law firms, as a transcriber for a Washington, D.C. court reporting firm and a school substitute and aide.

6. I’m a huge fan of all holidays, but Christmas is the best, sigh…

7. My favorite vacation is sitting my butt in a chair by the pool in Maui and reading, with tropical drinks, of course…

My not quite 15 nominees:

Fascinating Game of Cat and Mouse…

Sins of Her Father by Kathleen Mix
My rating: 4 of 5 stars

Faith Rochambeau’s mother recently passed away and, in sorting through her mom’s things, Faith comes across an old diary and is shocked to find that her father was not a hero who died in a long-ago accident, but a rapist who attacked her mother and is now a successful businessman. She becomes obsessed with confronting her biological father, Victor Telemann, to make him pay for how he callously hurt her mother all those years ago. Faith shares her secret with her pregnant look-alike cousin, Josie, and asks to borrow her identity while she investigates Victor, just in case he might recognize her real last name.

Faith’s plan is to get a position with Victor’s company and find a way to access the computer accounts to see what, if anything, he’s been up to in all these years. She also plans to make a dramatic accusation when she has enough information and get Victor to confess to his crimes, including her mother’s rape. After finding a position in the company, Faith sets about her task of surreptitiously accessing Victor’s personal and business accounts. When she gets called to Victor’s office, he’s just as coarse and awful as she imagined and his leering makes her skin crawl.

Her secret investigation seems to be going well, and she even feels comfortable hanging out with some of her co-workers. But she doesn’t realize that the cute guy named Kent whose been stopping by her office is really Victor’s stepson and he’s been ordered by his stepfather to investigate Josie for corporate spying!

It’s a fascinating game of cat and mouse between Josie (Faith) and Kent, especially when they find themselves attracted to each other but each still suspicious of what the other is doing. As they get to know one another, she realizes that Kent is not at all fond of his cheating, lying stepfather, but his position and stock in the company makes it impossible to avoid working with Victor. But does she trust Kent enough to tell him her secret?

By ladieswholunchreviews on September 2, 2015 | 2 Comments

My rating: 4 of 5 stars
Heartwarming and charming compilation of eight short stories by some wonderful regency romance authors!  The stories can each be read separately, but there is lots of overlap between them, and all revolve around the Dowager Countess of Holbourne, or Lady Holly, as she prefers to be called, and her 50th anniversary ball in 1815. In those 50 years, she has acquired the reputation as somewhat of a matchmaker and the ball has become known as the Last Chance Ball, where women who are too plain, too timid or just too long on the shelf have one last chance to meet or reconnect with their true love.  Many of the novellas revolve around men who’ve returned from the war as wonderfully dark or damaged heroes.

My personal preference would be to begin with A Season for Marriage, Nicola Cornicks’ charming and witty story of Lady Caroline Camden and her handsome husband, Piers, whose short marriage is unravelling due to a series of misunderstandings and how they find their way back to each other.

Ultimately, each novella is different and worth reading on its own and I’m sure you’ll find your own favorite. I love quick little bites of romance all bundled together in one book!

Cause I’ve got some great cute and cozy (and sexy) holiday reads to review for you and most will be available the end of September!  Keep on checking back each week for some new reading ideas.  It’s never to early to get in the holiday spirit…

Did you ever notice how words, even though they are just a relatively short group of letters, have such power over us?  This past week some of my least favorite words were biopsy, tumor, surgery, specialist –  well, you get the idea.  My stomach churned with fear, time kind of stopped and everything was bleak.

Then just as suddenly all was right again as we heard all clear, extremely lucky and laparoscopic!  We were on a roller coaster of emotion, with the diagnosis changing from possible Stage 4 to not even a tumor.  Leaving hubby to rest, I triumphantly drove home from the hospital 30 miles away to eat and let the dogs out and just as quickly my least favorite words changed to dog and skunk and spray!

After the peroxide, baking soda and dish soap sudsing, followed by another bath with pet shampoo, my Norwegian Elkhound, Inga, kind of resembles a cotton ball. Hubby is home from the hospital, not fully recovered but well on his way to feeling better.

I’ve been cleaning with a vengeance to rid the place of any lingering smell — vacuuming, mopping and setting out small dishes of vinegar to absorb the odors.  So now my house smells only faintly like a skunk dyeing Easter eggs <grin>