The Banyan tree in Lahaina, a town on the west side of Maui.  The tree sits in what is commonly called Banyan Tree Park, next to the old courthouse building at the corner of Front and  Canal Streets.  It’s one of the largest banyans in the U.S., all one tree actually.  As it grows, it puts down more roots from above that grow into more tree trunks and they all remain connected.

The tree was planted by Sheriff William Owen Smith in 1873 to commemorate the 50th anniversary of the first American Protestant mission in Lahaina, a gift from missionaries in India.  The banyan is native to India, one of 60 types of fig trees to grow in the Hawaiian Islands.

It’s quite a sight to behold.  And nearly impossible to get a picture of the entire tree because it covers such a large area and is almost 60 feet tall now…  The photos are my own, taken a few years ago when we were in Maui with hubby’s brother and sister-in-law. 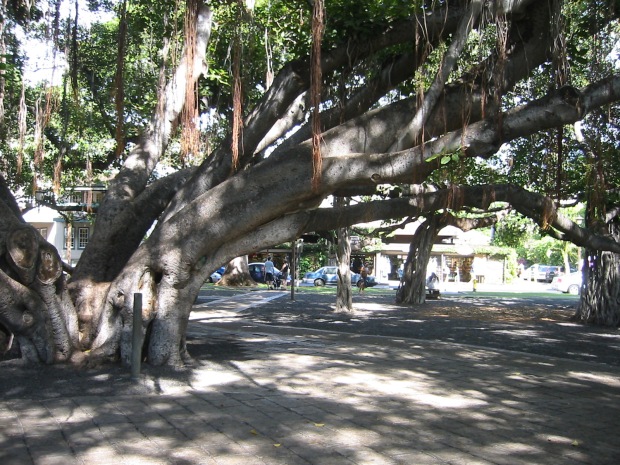 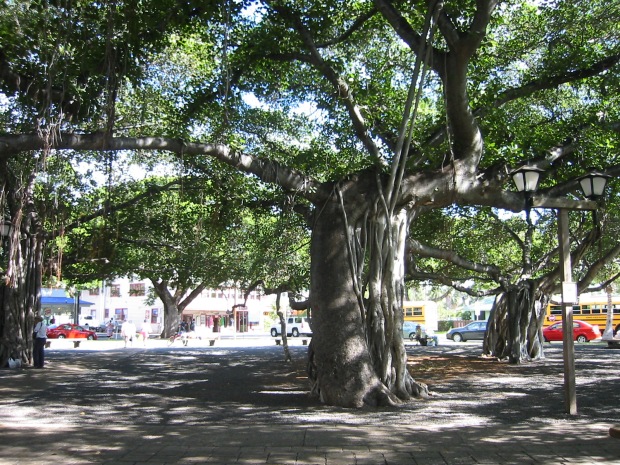