By ladieswholunchreviews on January 5, 2017 | 2 Comments

Her Darkest Nightmare by Brenda Novak

I know my friend, Lynn, just reviewed a mystery set in Alaska, but this happens to be one I just read and it also happens to be set there, too.  I wouldn’t say it focuses on the scenery much, though!
This new series by Brenda Novak began with last fall’s prequel novella entitled Hanover House and you can find my review here.   Her Darkest Nightmare is the first full length book in a series that promises to be a creepy and disconcerting psychological study of psychopathic murderers.  In fact, each chapter begins with a chilling quote from real life serial murderers such as Ted Bundy, David Berkowitz or Ray Ramirez.
You don’t have to read the prequel as this novel can stand alone, but Hanover House provides a more in depth look at what happened to make psychologist Evelyn Talbot decide to push for funding a maximum security prison in the wilds of Alaska to house psychopathic mass murderers so she and other doctors can study them and hopefully find some idea of what makes them do what they do.
Evelyn was held prisoner for days, tortured physically and mentally by her seemingly normal high school boyfriend after he killed and posed the bodies of three of her friends — in the room with her where she was being held.  She managed to escape, his family helped the boyfriend escape, and she’s been looking over her shoulder ever since, unable to stop trying to find out how she could have been taken in by someone who seemed so “normal” and turned out to be a vicious murderer with no conscience.
In this second installment, Evelyn and her staff have been conducting interviews and therapy sessions when one inmate insists that she and others are in danger, but he will only give her more information if she talks with him without a guard present.  She takes a chance on speaking with him and he tries to convince her that something evil is going on within the prison — but he’s a psychopath, right?  So how reliable is he?  Then severed body parts are found, one in Evelyn’s bed, and it’s obvious something evil is going on…and Evelyn is sure it has something to do with her old boyfriend who is still on the loose.
If you like books with the thrill of scary, don’t read it in an empty house without the lights on, this is definitely one for you!  There’s also a touch of romance with the seven years younger, only Alaska State Trooper in the area, whose Inuit nickname Amarok means wolf.  The next installment coming soon is tentatively entitled Hello Again.

View all my reviews

By ladieswholunchreviews on December 26, 2016 | 3 Comments

I’m delighted to introduce the first book review by a librarian friend of mine who will be guest posting on my blog.  I think I promised you early this year that Lynn would be doing this, but apparently she was too busy travelling and swimming and just plain relaxing after she and her husband both retired to get any work done for the blog!  She’s on board now, so watch for her reviews to pop up on a regular basis…

Upcoming reviews will probably be mysteries, but I’ve told her I’m open to anything she’d like to post and that as a former librarian, we look forward to reading her opinions on whatever books she chooses!

Slow Curve on the Coquihalla by R.E. Donald

If I hadn’t discovered the Hunter Rayne mysteries I would never have known about the mosquitoes in Alaska, 35 varieties of them. That turned out to be useful information for my trip to Alaska this past summer.

Hunter Rayne is a former officer of the RCMP. A serious case of burnout causes him to retire from the force and take to the road as a long-haul trucker. Despite his change of careers, Hunter can’t seem to help tripping over dead bodies and other mysteries on his routes through western Canada and Alaska. His detective skills won’t allow him to stay out of an investigation.

Equipment breakdowns and personal baggage (an ex-wife and emotionally distant daughters), complicate things but Hunter, like the Mountie he was, always gets his man.

Slow Curve on the Coquihalla is the first title in this series, followed by Ice on the Grapevine. I believe there are four in the series so far. It’s not necessary to read them in order, but if you don’t you will miss a bit of the character development and the slow revelation of what contributed to Hunter Rayne’s departure from the police force. The setting will make you want to plan a trip to Canada or Alaska, but don’t forget to pack your mosquito repellent.

Can you believe it’s August already? Some random thoughts…

In the U. S., these are the dog days of summer, the hottest, most humid time of the year…

School will be back in session soon, within two or three weeks in some suburbs here.  Where has the summer gone?

I’m feeling scattered lately with my life and my writing.  I’ll pull it together soon…maybe…

Why such a rush for summer to end?  Things are just heating up…

An exciting prequel novella to New York Times and USA
Today bestselling author Julie Ann Walker’s thrilling new Deep Six
series
Harper Searcy didn’t want to fall for a soldier, but she couldn’t forget her hot Navy SEAL friend or their one night stand. When the U.S. Embassy in Pakistan where she works comes under attack by terrorists, there is only one man she knows who would move heaven and earth to rescue her: Michael “Mad Dog” Wainwright.
“The Deep Six series is going to be one exhilarating ride.” –RT Book Reviews
GET YOUR FREE EBOOK
Amazon | B&N | iBooks | Kobo 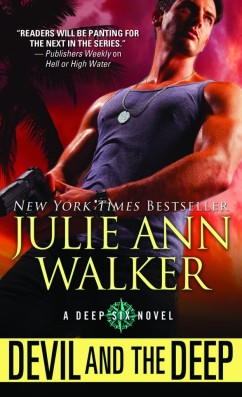 Maddy Powers’s life revolves around cocktail parties, political fundraisers, and charity events – but she can’t forget the daring former SEAL who appropriated her father’s yacht a few months ago … or the scorching kiss they shared before he disappeared into the deep blue sea.

Bran Pallidino carries a dark secret behind his lady-killer eyes – one that keeps him from pursuing a serious relationship with Maddy. But when she’s taken hostage during a trip to the Dry Tortugas, the men of Deep Six Salvage drop their treasure hunt for a sunken galleon and embark on a dangerous mission to save Maddy.

As they fight her merciless kidnappers, they discover this isn’t a simple hostage situation, but something far more sinister. Passion boils between Bran and Maddy, but what good is putting their hearts on the line if they don’t survive the dawn? 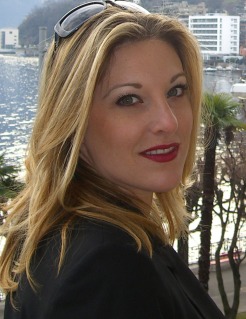 Julie Ann Walker is the New York Times and USA Today bestselling author of award-winning romantic suspense. She has won the Book Buyers Best Award, been nominated for the National Readers Choice Award, the Bookseller’s Best Award, the Australian Romance Reader Awards, and the Romance Writers of America’s prestigious RITA award. Her books have been described as “alpha, edgy, and downrighthot.” Most days you can find Julie on her bicycle along the lake shore in Chicago or blasting away at her keyboard, trying to wrangle her capricious imagination into submission.Be sure to sign up for Julie’s occasional newsletter at: www.julieannwalker.com
Website | Facebook | Twitter | Goodreads

A bodyguard, a bounty hunter, a private investigator, no one can handle the heat like the men of BOSS, Inc.
Megan O’Brien is at her wit’s end.  Her three-year-old son has been kidnapped. No police, says the ransom demand.  Fearing for her son’s life, Meg has no choice but to turn to her former bodyguard, Dirk Reynolds.

Dirk’s never forgiven Meg for the way she left him after their brief affair. But with bounty hunter Luke Brodie on his side, Dirk knows he’s got to help Meg rescue her son.

The few clues they’ve gathered send them spiraling into a murky world of big banking and international crime. Meg may be way out of her depths, but she’s seeing a side of Dirk she never suspected—one no woman could possibly resist.
BUY NOW
Amazon | B
& N | Google  | iTunes | Kobo

New York Times bestselling author Kat Martin is a graduate of the University of California at Santa Barbara where she majored in Anthropology and also studied History. Currently residing in Missoula, Montana with her Western-author husband, L. J. Martin, Kat has written sixty-five Historical and Contemporary Romantic Suspense novels. More than sixteen million copies of her books are in print and she has been published in twenty foreign countries. Kat is currently at work on her next Romantic Suspense.
Website | Facebook | Twitter | GoodReads

Into the Whirlwind by Kat Martin

A sexy, suspenseful read by one of my favorite authors!  This is Dirk and Megan’s story, which began in the first book in the B.O.S.S., Inc. series, Into the Fury.  You can find a review of that book here.  Dirk was Meg’s former bodyguard when she modeled. They had a brief and heated affair, but Meg abruptly broke off the romance because Dirk’s free-wheeling and dangerous life style wasn’t exactly compatible with the life of a single mom to a three year old boy, Charlie.

But when her son Charlie disappears and the kidnappers demand $10 million ransom and no police involvement, Meg can’t think of anyone better than Dirk to turn to for help.  And when she approaches him, Dirk wouldn’t think of refusing to help get her little boy back, even though being around Meg is painful.

The story is filled with intriguing twists and turns as Dirk and his friend Luke Brodie, along with Meg and her wealthy father, try to figure out the reason that Charlie was targeted. Is it some sort of vendetta against Meg’s father and his business or something even more sinister?

And in the middle of all this intrigue, Dirk and Meg find they can’t be around each other very long  before sparks ignite and burst into flame. But what are the chances that they could have a real relationship?  Even though it’s book number two in the series, it works just fine as a stand alone read.

I received this book as an ARC from NetGalley in exchange for an honest review.