Monday Musings about Memorials and Memories… 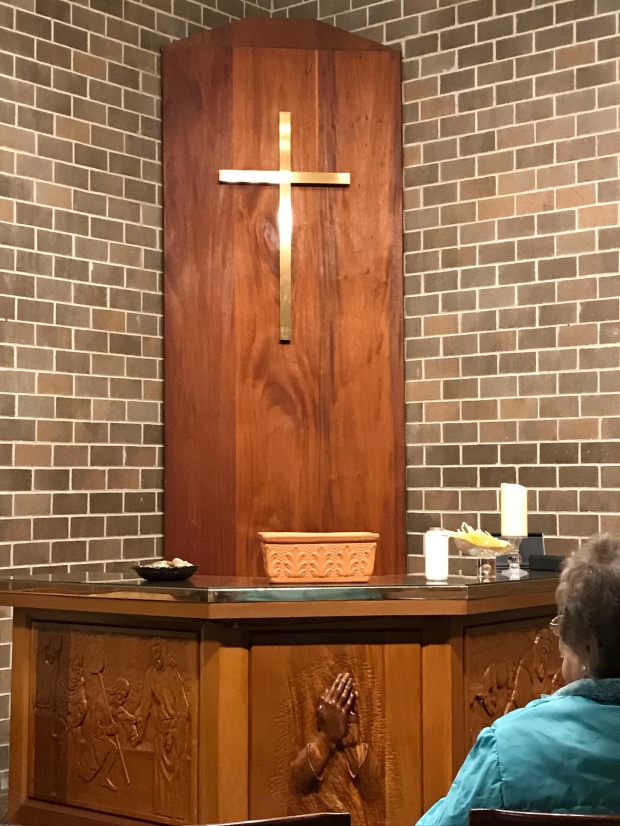 Yesterday my two boys and I, along with DDIL and JP, attended a memorial service at the chapel in the hospital where my husband passed away in early December.  It was small and informal with what looked to be about five families attending.  Apparently the hospital chaplains and grief counselors hold these quarterly services to celebrate the lives of people who died at the hospital or in hospice.

Chaplain Kim had lost an older sister when she was 17 and her family had few coping skills to deal with their grief, let alone the ability to teach their children how to handle their feelings.  The grief counselor lost her husband to a brain aneurysm many years ago when she was a 28-year-old mother of a three-year old daughter.  He lingered in a coma for nearly a month.  It was obvious that these events shaped their lives and career choices.

One woman who attended lost her 22-year-old son, father of three little ones, to a heroin overdose in December.  Another family lost their elderly father after a grueling hospice stay.

We had the chance to light a candle for our loved one and pick a stone from a bowl of lovely choices to keep with us as a tangible reminder of the love we had shared.  I chose one that is a bluish gray and reminded me of my husband’s eyes.  I think I will put it by his picture on my nightstand so it’s the last thing I see before turning out the light.

I was too emotional to speak to the group, but if I’d been able, I would have told them that Paul was my soul mate, a great father and papa and a wonderful husband.  He was a self made man from rural Tennessee who put himself through school on the GI Bill and became an electronic engineer.  He told me he’d known since he was a small child what he wanted to do for a living.  He found the whole process so fascinating when his family’s first little house finally got electricity that he had to understand how it worked.  And he eventually did!

What I gleaned from the memorial service were mostly things I already knew.  Any feelings you are experiencing about grief are normal and okay.  There is shock, denial, anger, bargaining and finally acceptance.  There can be a need to be alone or a need to share.  Self-care and socialization are important, but we all move at our own speed.  I feel like I’m somewhere  in the “fake it till you make it” phase.  I have moved on from shock and denial and am able to get through the days.

I’m packing up the house to sell but it’s not a hasty decision.  We had planned to move this year anyway, but instead of finding a new place right away, youngest and I will move in with JP’s family for a while.  My house is too big and holds too many memories.

And that’s as far as I’ve gotten.   I’m kind of day by day right now in the healing process.